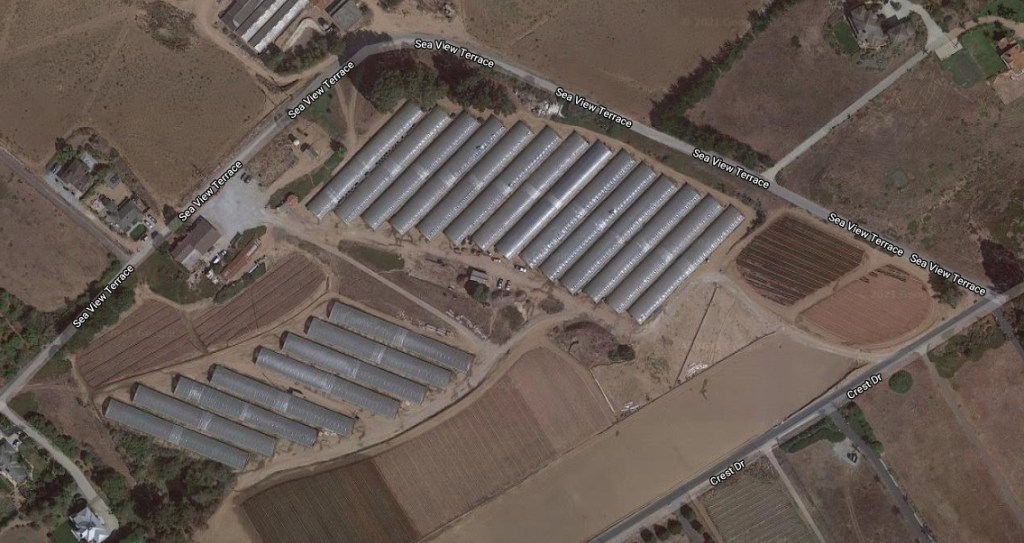 SANTA CRUZ – Following input from both neighbors and growers, the Santa Cruz county board voted 3-2 this week to revise the setbacks for non-retail commercial cannabis in residential areas to include a 400-foot Setback from place of residence to include open field grow area.

For indoor cultivation, such as tree nurseries, the setbacks are potentially reduced.

“The benefit of this option would allow for site-specific assessments, which can be a better way of addressing specific issues in the neighborhood without largely eliminating candidate parcels,” added the staff in their report to the elected leaders. “Also, exceptions to setbacks would require a public hearing, allowing community input and decision-making by an impartial administrator.”

The motion was accepted with a request for a study session in 2022 to track the effectiveness of the moratorium through funds that complement the quarterly reports. The county staff will work with the planning committee to investigate and address the conflicts created by agricultural production near residential neighborhoods before returning to the board.

Through prior analysis, employees found that past safety, noise, and water use were not classified as identifiable concerns in Santa Cruz County.

Superiors Zach Friend and Greg Caput disagreed with the request. Both spoke on the basis that the cannabis community should work in good faith with its neighbors to keep everyone happy.

“The Human Resources Report reads like an advocacy for the industry and is in no way neutral,” said Friend, who brought the article in August due to the disproportionate impact of adjacent agricultural and residential land in his district. “The setback that (the other overseers) are talking about is really not improving the situation in the residential areas … The problems have particularly arisen where we are allowing a license to be secured within a residential area or conflict area.”

Her colleagues, supervisors Ryan Coonerty and Manu Koenig, both spoke about the reality of legality and protection surrounding commercial cannabis. Koenig, who visited several cannabis farms in the area, said the state is requiring the county to encourage commercial farming in the zones; although some parishioners would prefer to convert the zone into residential areas and add more housing, this would not be allowed by state officials.

“For the next five years, cannabis will be treated like a crop … greenhouses could be converted and there would be no regulations,” Coonerty said. “This is our opportunity to have a community voice to use and set conditions on (non-retail commercial cannabis) to reduce the impact.”

On Tuesday, the discussion about whether or not to restrict the non-retail commercial cannabis program was based largely on a pending application at 110 Crest Drive in La Selva Beach. This is because Crest Drive’s neighbors have turned up in droves for the second time since the idea of ​​a moratorium.

Both the Crest Drive neighbors and local farmers sent their own group letters to the board of directors prior to the hearing.

In the letter from Crest Neighborhood, submitted by resident Sara Broadbent, the board was specifically asked not to allow the planned 22 cannabis greenhouses, which border a preschool and a daycare center.

“Our neighboring farm is in the heart of our area and we have worked with the previous tree nursery operators and their farm workers. We have come together to keep it as a traditional farm, not a large industrial / trading company as suggested, ”neighbors said.

The letter from the cannabis community, presented by Terry Sardinas, CEO of Bird Valley Organics, spoke of the thorough testing cannabis farms survive and the revenues and taxes that support the community as a whole. It also invites neighbors to come over and see what happens there.

“We propose to open the communication channels with neighbors and opposition groups,” Sardinas said earlier this week. “We know that people have been taught to be a little afraid of cannabis and the people who grow it … we want them to see us focus on doing good for our community and our planet.”

Project applicant Alex Monceaux denied that the debate should not begin or end on 110 Crest Drive.

“The county has notified us that we are going through a Stage 5 (review) so that every neighbor will be brought out to discuss any concerns about whether or not we are moving forward.”

Ultimately, Monceaux and his crew at Merced Investment Co.LLC don’t want to be in an area where they are undesirable. They are used to addressing concerns like protecting the habits of neighboring endangered species elsewhere in the Central Valley and would be more than willing to do the same on La Selva Beach, he said.

“We’re still six to eight months away, maybe a year,” the district told us. Please don’t hold up the other 23 applicants, ”concluded Monceaux.

Editor’s Note: This article has been adapted since publication in print to remove an inaccuracy regarding part of the board’s decision-making. The temporary emergency moratorium set in September expires at the end of the month.

These ebony leaf smoking papers are a sleek model for modern...

Legalizing weeds in New York could mean big things for the...

Nazi farmer is pushing for rule changes so he can sell...

FastForward is investing an additional £ 1.5 million in Australian cannabis...