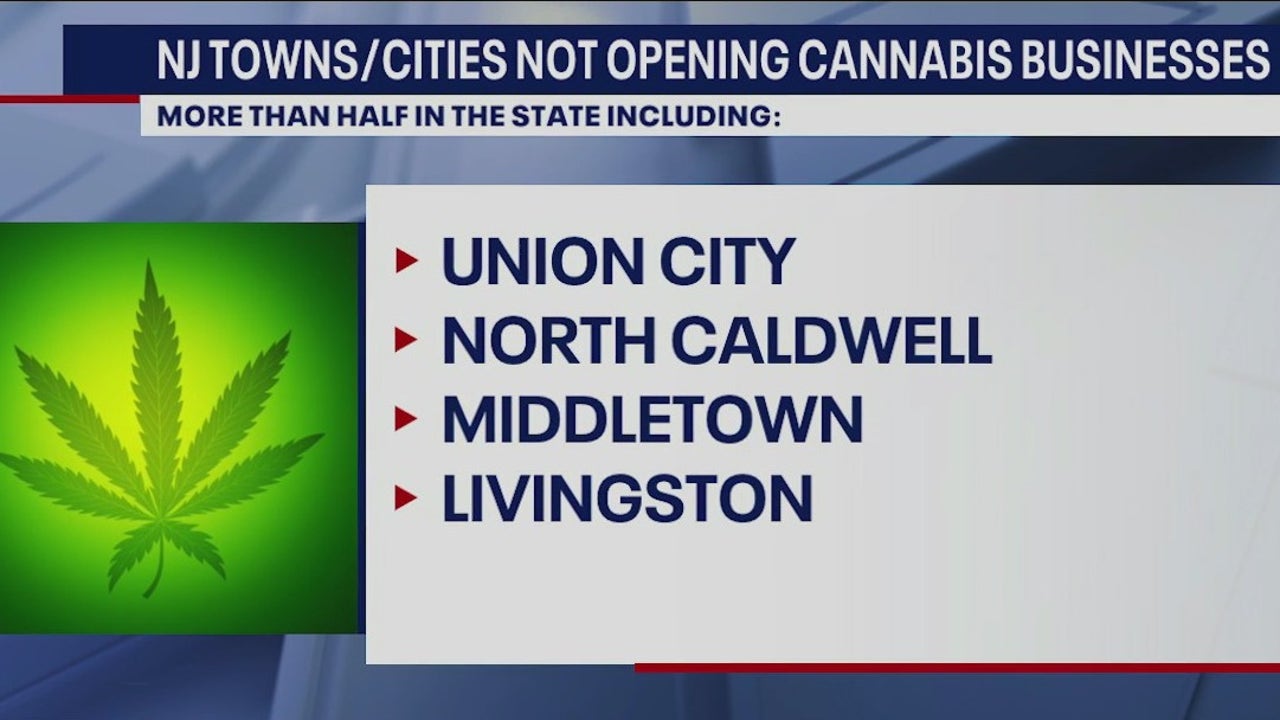 Many New Jersey communities say they are not ready to be welcomed into recreational pot stores – at least not yet.

“We have segments of our population who are seriously afraid of having retail in the city,” said Livingston Mayor Shawn Klein.

According to Klein, the state has yet to put regulations in place on legal marijuana and cannabis affecting his community.

“Some security measures around the licenses,” said Klein. “We don’t really know if if someone breaks the rules we will be able to do this, whether the city will be able to act against them.”

In North Caldwell, all six council members voted unanimously against opening cannabis stores in the city.

The sale of legal recreational marijuana generates billions in revenue.

“We don’t have a lot of space for this type of production, etc.,” said Mayor Joseph Alessi. “It’s a bedroom community. We have several schools and two churches.”

Many residents across the state fear cannabis companies are too close to churches, schools, playgrounds, and neighborhoods.

“It can open as early as fall or early next year,” said Hoboken Mayor Ravi Bhalla. “We also have our finger on the pulse of the community and the residents are open-minded.”

Jersey City Mayor Steven Fulop said: “Ultimately there was a public question in the November election and New Jersey voters overwhelmingly said they wanted to.”

Even if the municipalities opt out now, they still have the opportunity to change their minds and join at any time.

BAT acquires a £ 126 million stake in the Canadian cannabis...

As a black woman, history should be made to open a...