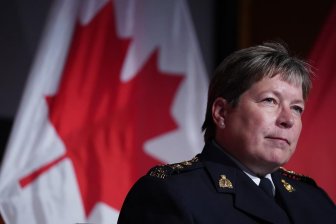 The Standing Political Committee on Property and Development, Cultural Heritage and Inner City Development recommends that the civil service work out detailed options to curb the practice.

“When I first brought this up three years ago, it just got out of hand,” said Coun. Ross Eadie (Mynarski Ward.)

“So many houses are being bought up now, and the whole purpose of those houses is to grow medical cannabis.”

Eadie says he has no problem with those who want to grow a handful of plants for their own medicinal use, but other people go overboard and cultivate several hundred plants.

In some cases, the smell becomes a nuisance to neighbors, says Eadie, who fears it could lure thieves too.

“It’s over there, it doesn’t affect people’s private lives.”

A motion filed before the Executive Policy Committee on Wednesday instructs the civil service to review any legislative changes, permit requirements, or regulations for systems such as electrical or heating required for large-scale production.

The zoning statutes could be amended to completely ban the cultivation of weeds in residential areas, limit the number of plants, or limit the percentage of a house that can be devoted to cultivation.

A more indirect change would target “offensive odors” or “conditions that pose a health risk or a disadvantage to the neighborhood”.

A report at City Hall cited statistics from Health Canada that the average number of grams of medical cannabis prescribed for daily consumption rose to 22.4 grams by March 2020.

According to Health Canada regulations, up to five plants can be grown per prescribed gram and up to four registrations can be made for a single address, potentially adding hundreds of plants to a home.

The Winnipeg Police Service (WPS) has reportedly received several complaints about suspected neighborhood growers, mainly due to smells, security concerns and the potential for links to organized crime.

However, the WPS says his hands are tied when verifying that the resident is eligible to produce cannabis through Health Canada.

“When this is ascertained, the Winnipeg Police Service has no legal authority to enter the residence to determine the validity of the operation within and (it) essentially becomes a regulatory problem,” a WPS spokesman wrote in an E -Mail.

“In many cases, the Winnipeg Police Service is unable to share this information because of the Personal Health Information Act (PHIA).”

However, if the force determines that the operation is illegal or there are “immediate life-threatening safety concerns” such as fire or other emergency situations, officers can take action.

It also directs individuals with concerns to a Health Canada reporting system.

Manitoba is the only province in Canada where it is illegal to grow your own cannabis for recreational use.

The application will be submitted to the full council at the end of April.

Manitoba is considering allowing restaurants and spas to sell pot products on September 21, 2020

Non-partisan support for the federal cannabis reform and SAFE banking

Colombia exports medical cannabis to Mexico for the first time