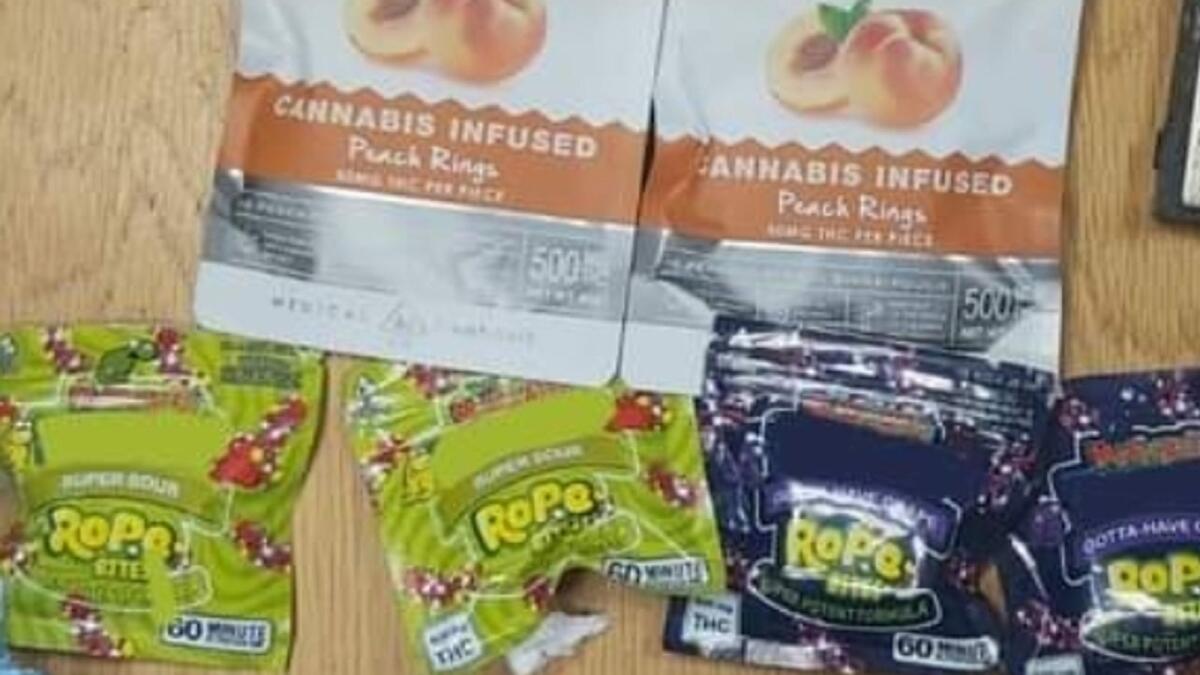 The Food Safety Authority of Ireland (FSAI) urges the public, especially parents and guardians, to be extremely vigilant about the dangers of accidentally consuming cannabis edibles, especially by children, cannabis edibles, products such as jelly candies that contain the psychoactive cannabis component known as tetrahydrocannabinol (THC).

There is an increasing number of foods in Ireland, especially jelly candies, that contain significant amounts of the illicit narcotic drug THC.

The FSAI is issuing this warning in the run-up to next week’s Halloween celebrations, where young children, teenagers and adults celebrate and where there is an increased risk that people, especially children, will unwittingly consume these types of products that are purposely packaged to that they resemble popular brands of jellies to avoid detection.

So far this year it has been reported that six children under the age of ten have been hospitalized after accidentally consuming THC-containing products that looked like regular jelly candies.

Cannabis edibles are illegal foods that contain THC and come in many forms, but mostly as jelly candies.

THC is a controlled substance with zero tolerance in Ireland under the Misuse of Drugs Act of 1977. In addition, THC in food is considered a contaminant with no allowable threshold in EU or Irish food law.

The FSAI notes that the high concentrations (up to 50 mg / jelly) of THC in these illicit edible candies can pose serious health risks, especially to teenagers and children of all ages, whose neurological, physical and physiological development could be adversely affected.

Depending on the THC concentration, consuming one of these jellies can mean that THC levels are 5 to 10 times higher than what is inhaled when smoking cannabis.

The real concern is that children are unaware of the dangers and if they manage to get access to a bag of these jellies they will seldom eat only one and therefore an overdose is very likely.

In contrast to the almost immediate effects of smoking cannabis, there is a time lag of at least thirty minutes from consuming cannabis edibles until the first effects are felt.

This poses a serious risk to those who have eaten these jellies, who mistakenly believe they need to consume multiple jellies to feel an effect and then find out that they have overdosed when it’s too late.

Cannabis toxicity can cause cognitive and motor impairment and in children it can be extreme and persist for up to 24 to 36 hours after use.

This FSAI call follows reports * of the first cases of cannabis poisoning among children in Ireland, with six children under the age of ten being hospitalized after accidentally consuming these illegal jelly candies.

In addition, there have also been reports of teenagers becoming critically ill and, in some cases, hospitalized following seizures and loss of consciousness due to an overdose of these cannabis edibles.

“We know that adults and teenagers order these illegal products online or from other illegal sources for their personal use.

“However, they often have no understanding of the real health dangers of these products and are reckless or reckless when they endanger the health of young children by giving them access to these products.

“The proliferation of these THC edible products in communities and schools across the country is a growing concern and parents and guardians should be particularly vigilant during parties such as Halloween and the risk of accidental ingestion of these products is evident higher.”

Cannabis researchers want to unleash the healing power of cannabis

The Valens Company expands the cannabis distribution network as it enters...

The delay in legalizing cannabis delays the opportunity in My Point...

The state says it is illegal to “give” cannabis, but who...