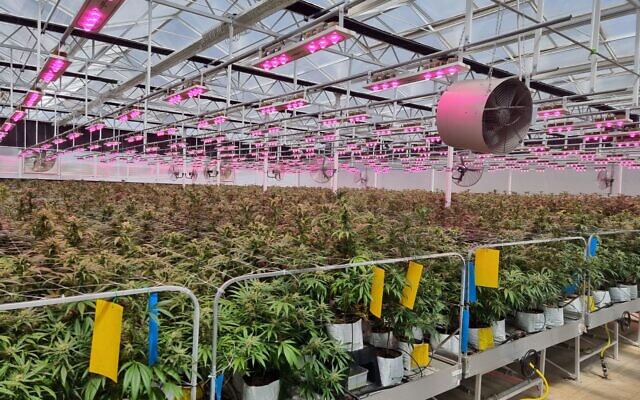 The Knesset on Wednesday passed a preliminary vote on a bill that would bring about fundamental reforms in the medical cannabis industry in Israel and make it easier to access.

Ra’am, the coalition Arab party that had previously opposed a similar law that would also have decriminalized recreational marijuana use, voted for the New Hope Party’s MK Sharren Haskel proposal.

Under the terms of the bill, those licensed by the Ministry of Health are allowed to legally grow, distribute and own cannabis for medicinal purposes. The new regulations aim to overcome a chronic shortage of medicinal cannabis, which is available to prescription users due to strict regulations for manufacturers.

Israel has taken steps in recent years to make medical cannabis more readily available and is poised to become a major exporter of the crop, despite local users complaining of the near-impossible access to the few pharmacies approved for distribution .

Three months ago, a more comprehensive law by Haskel that would have decriminalized recreational marijuana use was rejected in parliament, with Ra’am voting against it on religious grounds.

By registering, you agree to the terms and conditions

The updated bill passed 54-42. It will now be forwarded to the Knesset’s Health Committee, where it will be prepared for a first reading. It also requires the approval of the Ministerial Committee on Legislation.

“The time has come to publicize this matter, which has been fraught with unnecessary bureaucratic restrictions for years, and a real reform must be carried out here to free cannabis use,” Health Minister Nitzan Horowitz told the plenary.

“This is great news for more than 100,000 patients, the critically ill, when most of them are living on a disability pension that is completely wasted on a drug they need for a normal life,” Haskel said after the vote.

Prior to the vote, there were reportedly intense meetings between representatives from New Hope and Ra’am to persuade the latter to support the bill.

As the legislature prepared to cast its vote, Ra’am leader MK Mansour Abbas spoke in Arabic to the plenary to explain to party’s voters why their MKs would support the legislation. Abbas said the bill had been changed from its previous version to only cover the medicinal use of the drug, stressing that this was the only use that Ra’am would agree to.

During the voting session, opposition MKs attacked the law, with Likud’s MK David Amsalem claiming that a financial backer for New Hope is benefiting from the medical cannabis business, “so there is a classic bribe here.”

Haskel replied that Amsalem “lied about personal matters without a drop of ideology.”

Many opposition MKs skipped the vote, apparently because they didn’t want to vote against a law designed to help patients, Channel 12 News reported.

Likud’s MK David Bitan warned oppositional MKs who went missing that “anyone who isn’t here will pay for it,” Ynet reported.

Recreational use of the drug is currently illegal, despite the fact that the Ministry of Public Security partially decriminalized it in 2017, imposing fines and treatment for first-time offenders instead of criminal proceedings.

Learn Hebrew in a fun and unique way

You get Israeli news … but do you? WILL it? Here is your chance to understand not only the big picture that we cover in these pages, but also the critical, juicy details of life in Israel.

In Street-wise Hebrew for the Times of Israel Community, every month we learn several Hebrew slang idioms on a common topic. These are bite-sized audio Hebrew courses that we think you will really enjoy.

You are serious We appreciate that!

We are very happy that you read x Times of Israel article last month.

That is why we come to work every day – to offer discerning readers like you indispensable coverage of Israel and the Jewish world.

Now we have a request. Unlike other news agencies, we haven’t set up a paywall. However, because the journalism we conduct is costly, we invite readers to whom The Times of Israel has become important to support our work by joining The Times of Israel Community.

MariMed will be attending the Benzinga Capital Cannabis Conference on Friday...

DC ‘shocked’ and ‘disappointed’ by Biden’s move to uphold the recreational...

There is great interest in the cannabis business