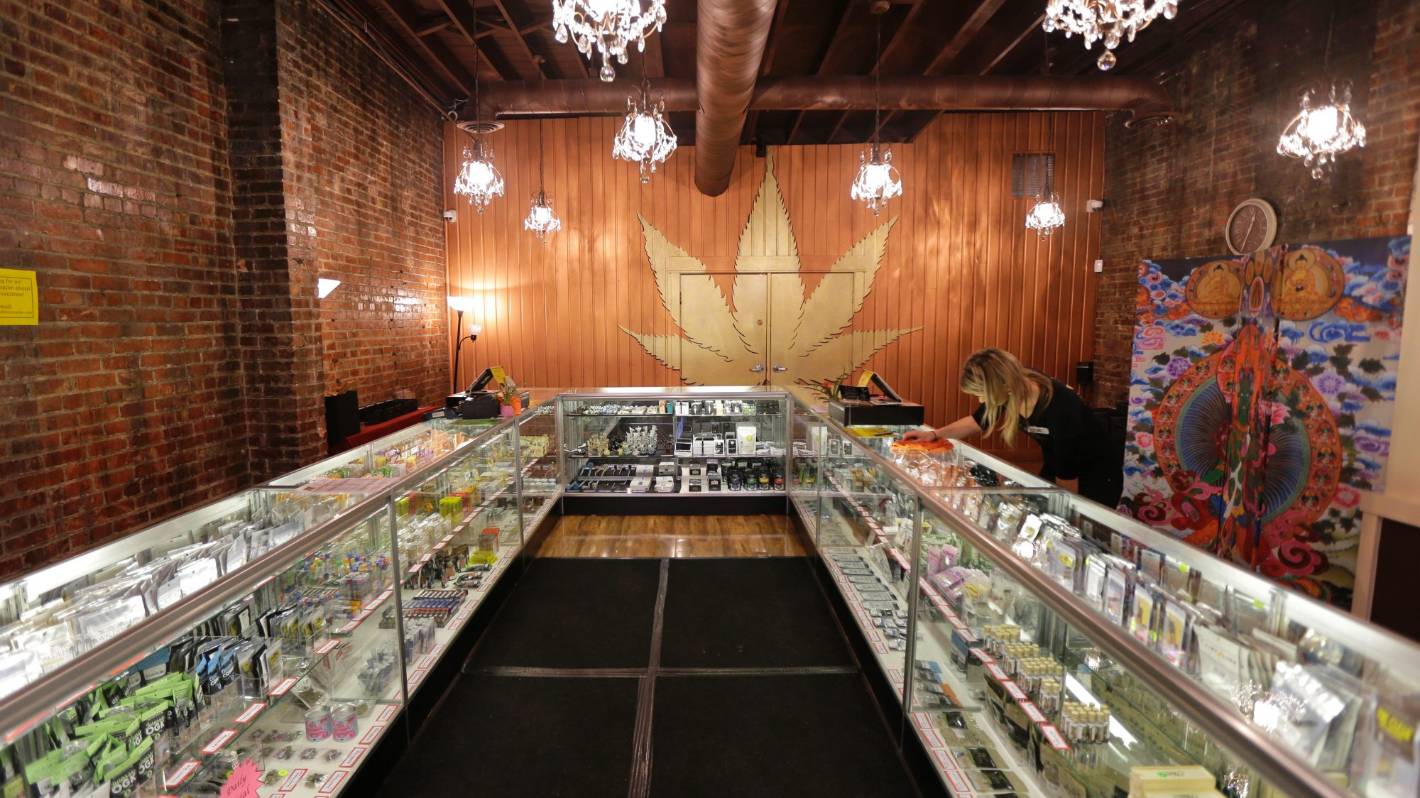 It was designed as an innovative way to promote Covid-19 vaccinations, but Washington’s new Joints for Jabs program is off to a difficult start.

Officials announced on Monday (local time) that the state’s nearly 500 licensed marijuana retailers could begin running vaccine clinics and offering a single, free pre-rolled marijuana cigarette to every adult over 21 who was injected there.

It’s one of many vaccination incentives on offer in Washington, including free pints of beer, sports tickets, and prize money to entice those who have been hesitant or just plain lazy.

Washington and Colorado became the first states to legalize adult marijuana use in 2012, with sales beginning to be regulated in 2014. The industry brought Washington nearly $ 474 million (NZD 659 million) in taxes last fiscal year.

CONTINUE READING:
* Covid-19: 500 million vaccine doses are to be donated to the world by the USA
* USA offers beer, babysitting and barbershop outreach in new initiatives to promote vaccination
* Covid-19: New US cases drop to their lowest level since June
* ‘Big day for America’: Covid-19 vaccinated people can finally do without masks

But in an industry that is federally illegal, few things are easy, and the barriers to offering the free joints are so great that few of the state’s legal pot shops say they will participate even if they do want this.

Retailers told the state liquor and cannabis board during a meeting Wednesday that many did not have the space to house a vaccine clinic.

Some health care providers found it uncomfortable to set up a clinic on the premises of a marijuana store because they did not want to jeopardize federal funds by helping to distribute an illegal drug. And the program is due to expire on July 12th – too early to offer a second shot to customers who might appear for a first shot in mid to late June.

Healthcare providers found it uncomfortable to set up a clinic on the premises of a cannabis company.

Retailers also remorsefully found that the Liquor and Cannabis Board allowed breweries, wineries, and bars to offer a free drink to customers who only provided proof of vaccination – an on-site clinic is not required.

“We hear from retailers that they want to participate,” said Aaron Pickus, a spokesman for the Washington CannaBusiness Association, an industry group. “Why can’t we do it like the wineries and breweries?”

Chief Executive Officer David Postman told them it was a member of the group of companies that proposed the program late last month, which he and Governor Jay Inslee’s office thought was a great idea.

While an Arizona marijuana dealer offered free vaccines along with free joints or edibles earlier this month, no other state appeared to have a similar Joints for Jabs program. “We’re up here,” said Postman.

The requirement that the pot shops have vaccination clinics on-site is motivated in part by the fact that people are not allowed to consume cannabis at licensed retailers, as opposed to alcohol at a brewery or a winery, he said – suggesting that people, who showed their vaccination cards multiple times that pot shops could end up with lots of free joints that could be given to teenagers.

He also said the board gave marijuana stores an advantage that liquor suppliers couldn’t: a tax break on the product they were giving away.

Washington and Colorado became the first states to legalize adult use of cannabis in 2012, with sales beginning to be regulated in 2014.

“I guess I’m just asking for your understanding,” said Postman. “If it’s not the right thing, it’s a shame because I think we all need to vaccinate as many people as possible.”

Daniela Bernhard, co-owner of Uncle Ike’s Seattle cannabis business, told the board that the industry was delighted to be involved in efforts to promote vaccination but “disappointed that our legal and highly regulated sector continues to be treated differently from our benchmark sectors “. in Washington “.

“If we trust adults with a vaccination certificate to get a beer and then responsibly get to their next destination, we can also trust that adults will pick up a joint and later enjoy it in a legal environment,” said Bernhard .

Bernhard said Uncle Ike’s efforts to set up a vaccine clinic had been turned down by two health care providers despite refusing to identify them.

One public health agency, the Spokane Regional Health District, had not yet been approached by any licensed marijuana store about setting up a vaccine clinic – but they had an answer ready.

“We could not provide a vaccine because of federal funding concerns,” said spokeswoman Kelli Hawkins.

How One Cannabis Executive Has Pushed Through Challenges

The chef is hoping to spark interest in cannabis cooking with...

4 cannabis stocks with the best US and / or global...

How to Win a Cannabis License in New York: 4 Tips...