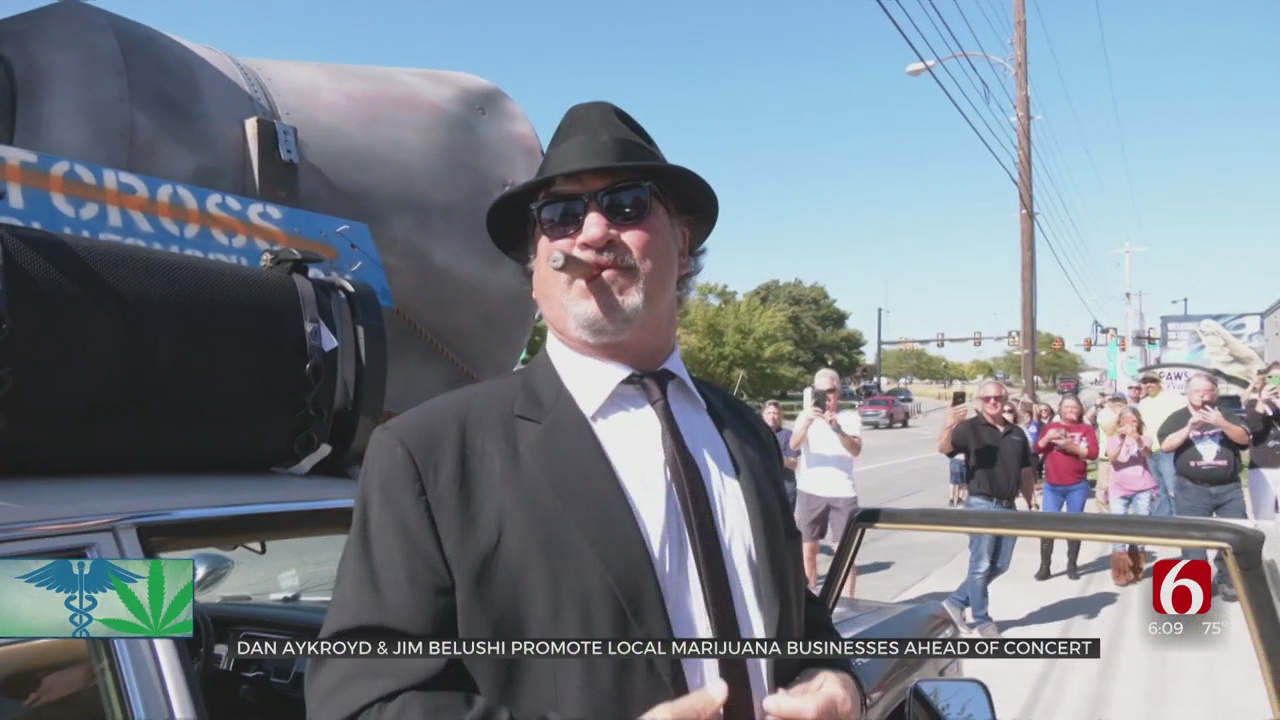 The Blues Brothers cruise through Tulsa on Tuesday, catching a glimpse of the Green Country cannabis industry ahead of their performance at Cain’s Ballroom.

They sing, they play, they dance, they joke, and now the Blues Brothers, Dan Aykroyd and Jim Belushi, are in the cannabis business. This begs the question: what are they not doing?

“Oklahoma, we are the Blues Brothers,” said Belushi.

From comedy to cannabis.

“I have the privilege of working with the new Oklahoma pioneers. This was one of the strictest states to prevent cannabis use and now it has become completely a sane place, ”Aykroyd said.

The Blues Brothers start a new business and say they want to be part of a health movement here in Oklahoma.

“We believe cannabis is one of the great, great drugs that can lead to a healing path. We are on a mission from God, ”said Belushi.

The Blues Brothers want to fight the opioid crisis and expand the reach of veterans. They said it starts with making medical marijuana more accessible and acceptable.

“My father, CBD oil, 96 years old, is going to sleep. Your friends, cancer survivors that we know, people in our family with stress and trauma. My brother John who died of an overdose, ”said the Blues Brothers.

Aykroyd and Belushi partner with Oklahoma-based Glazed Edibles and Red-Bird Bioscience to develop their own line of cannabis products. Fans flocked to the Seed Cannabis Company on Tuesday afternoon as the two signed autographs, took photos, and showed off some of the merchandise.

“Part of a crusade and it’s great fun and we’re capitalists and entrepreneurs too,” Belushi said.

Belushi and Aykroyd said at the end of the day that their goal is to make people feel good.

“The cannabis and music together are a natural mix,” said Belushi.

The Blues Brothers performance begins at 7 p.m. in the Cain’s Ballroom and tickets are still available.

Warren Lab founder on mergers, mistakes, and advances in the cannabis...

Boxer Anthony Joshua buys shares in Cannabis Company to own his...

Over half of New Jersey cities withdrawing from the cannabis business